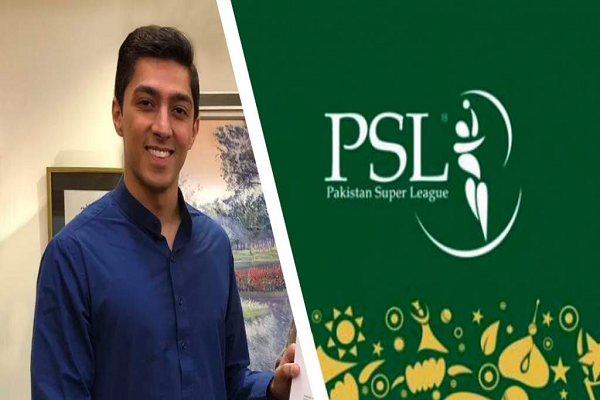 Ali Khan Tareen is the son of famous Pakistani politician Jahangir Khan Tareen. He is a young businessman and still studies at Oxford University London. Ali Tareen has three siblings Mariam Tareen, Meher Tareen, and Seher Tareen. Ali Tareen got engaged in 2013 but he doesn’t have any kind of plan to get married near future may he will get married after completing his MBA. Ali Tareen also completely support his dad in family business. He has his own social trust due to he is much famous among peoples. Near past, he joined the politics.

Ali Tareen is alone son of Jahangir Tareen. There are not many details about his early life, however, he was born in Karachi, Pakistan but raised in Punjab, where his father was based and have multiple different businesses including sugar mills. He starts his early education from hometown but latter for higher education, he went to London UK and currently pursuing his MBA Master’s degree from highly regarded Oxford University London. This is the reason due to he didn’t participate in the 2018 general elections. The aim of Ali Tareen is after completing his degree he will come back in his home country and join the Pakistani politics.

After the disqualification of his father Jahangir Tareen due to dishonest Ali Tareen decides to join the politics and recently he did but due to his education he was unable to join the general elections of Pakistan 2018. He has the part of the social development of Lodhran South Punjab from past few years. Ali Tareen submitted the Nomination documents for NA 154 at 29th of December 2017. Ali already defeated by the candidate of PML-N in elections of 2015. Ali Tareen signed an MOU with Pakistan Blind cricket council to start the cricket leagues in South Punjab, Actually, this decision of Ali was to secure his father’s seat who recently disqualified.

In Ali Tareen’s first speech when he got elected as PTI (Pakistan Tehreeq e Insaaf) MNA for the election NA-154, he said lots of people got angry on my this decision of joining politics including my family and close friends, they said me what these politics had given to you!! I answer them why to bother about what politics has given us because our concern should be on the people of Lodhra who gave us much more respect and love.

He promised to the people of Lodhra that he will serve them well and never disappoint them.

PTI issued NA-154 Lodhran’s ticket to Ali Tareen in 2018 elections, but he refused to contest in the election due to his education was not completed and he can’t give proper time to politics. He said this ticket should be provided to the best candidate.
Ali Tareen is also very active in the Social Welfare programs and has a passion to promote cricket in South Punjab.

Ali Tareen Tweeted at 1st September 2018 on his official account about his graduation. The rising talent took help of Twitter to express his feelings and also he shared his future plans. “Finally I have completed my masters and now is the time to head back to Naya Pakistan and get some work done” said by Ali Tareen.

Ali Tareen young Pakistani politician has won the bid of the sixth team of Pakistan Super League season 4 on 20th December 2018 in $5.21 Million Dollars per annum of seven years of the period. Before few months he shows the interest in buying this team. “I’ve made full of my efforts to retain the team in South Punjab,” said by Ali Tareen.

Jahangir Khan Tareen is the father of Ali Tareen and he is the only son. Ali Tareen got engaged with Bisma Ahmed in 2013, but he doesn’t have any plan to get marry in near future. For More About Hania Amir