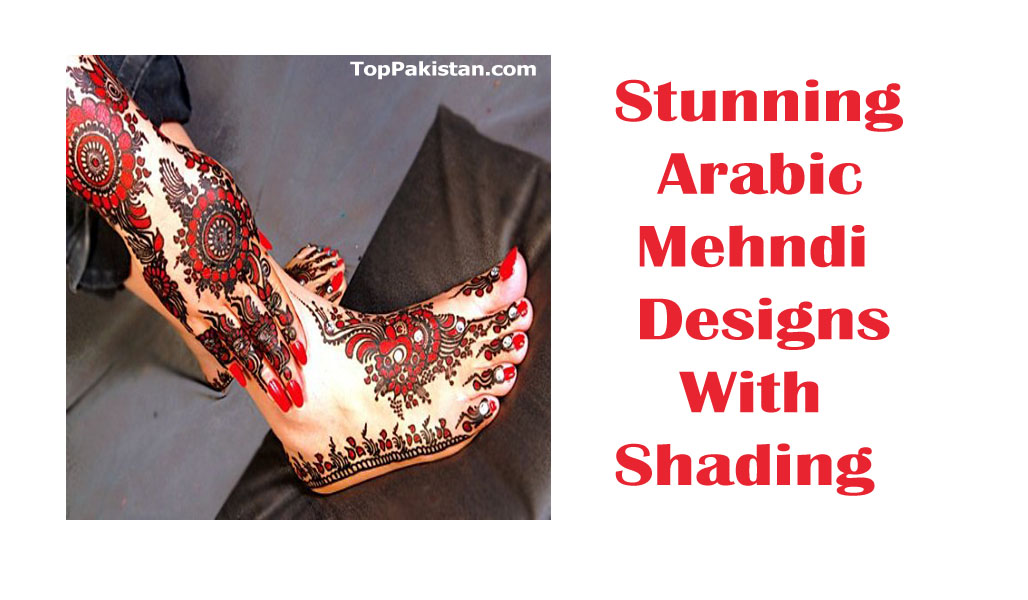 Applying beautiful Arabic Mehndi designs with shading on hands and a foot to enhance women’s beauty is one of the mostly widely used things that almost every girl do. Since ancient times, women are used mehndi to look beautiful. Some girls not only apply mehndi on hands and feet but also on hair to give beautiful color to their hair and also it act as a very good conditioner. During festivals and occasion, it looks traditional to applying beautiful Arabic mehndi designs on your hand.

Mehndi designs for wedding is considered very auspicious as it plays very important role to complete beauty of every young girl. Times ago, there were only some simple styles and also simple ways to apply mehndi on your hands, but now a days several new designs and techniques of mehndi application has been introduced. One of the most widely used Arabic mehndi design is Tikka design, floral design, Arabic mehndi design with shading and glittering is gaining lots of popularity among young girls. With the passage of time several intricate designs were introduced to apply beautiful and amazing Arabic mehndi. Now a day, it is passion of young girls to learn and apply mehndi on their hands. Most famous mehndi designs are Pakistani, Indian and Arabic. Latest trend in Mehndi designs fingers is amazing and stunning Arabic mehndi design with shading which is combination of light and darker shades to give attractive and amazing look to your hand. Applying this mehndi is quite difficult and you should have practice and skills if you want to apply shading mehndi design. We have started with simple shading designs so that you can learn on how to applying Arabic mehndi designs with shading effect. The simplest shading patterns in floral design where you can see beautiful shading effect that is done neatly and also it is very prominent. The point is to draw simple flower in a way that it cover maximum of your palm. Add shading effect to leaves; it will give it very amazing and impressive look.

After practicing simple design you are now ready to apply bit complex pattern like rangoli style mehndi on your hand. Concept behind this design is that extending multiple floral patterns from single flower design. It looks very beautiful and girls usually apply it over the functions. Indian girls tend to apply this design on Rangoli festival. Floral and paisley design is very common and most widely used on special occasion as it is heavy and covers maximum part of your hand. Shading in this patterns is done in paisley and floral design to give it more amazing and attractive look.