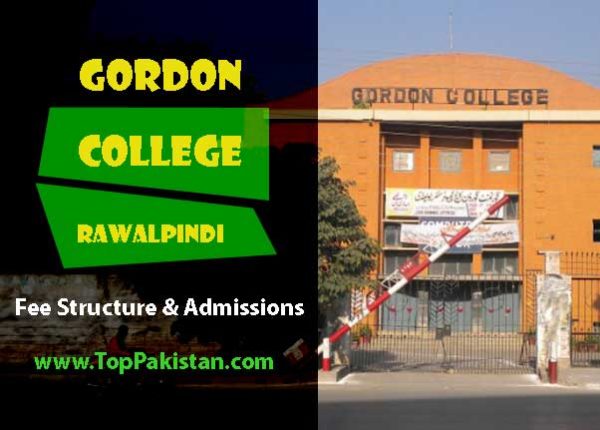 Gordon College Rawalpindi is one of the oldest intermediate and higher educational institute of the subcontinent. Its foundations were laid back in 1856 when it became a new branch if Christian School in Rawalpindi. The college initially started with intermediate classes for the first nine years, the introductory classes were held in Government Christian College, Raja Bazar, Rawalpindi. The Gordon medical colleges college moved to its present-day location in 1902, it became a degree college in the same year. The science subjects classes started in 1904, the College advanced in the following years and the first higher education course i.e. MA in English was launched in 1940. Urdu Literature and History classes at Masters level begin in 1948 and 1955 respectively at Gordon College Rawalpindi. At the time of its creation, Gordon College Rawalpindi was the only educational seat in the present-day Pakistan. It was highly respected educational institute back then, the unplanned constructions and thousands of public and private colleges affected its functionality in recent years. Back then when it was nationalized, Gordon College Rawalpindi had all the board positions from matric to higher secondary.

With its 100 years old legacy, Gordon College Rawalpindi is still one of the most esteemed colleges for Masters in English, Urdu, History, Chemistry, and Psychological Sciences. The college has all the facilities in the campus. There are cricket, hockey, and football stadiums, tennis court, indoor sporting activities for students, hostel and mess facilities along with fully equipped science labs for science students and library for art students. The college is located right in the middle of Rawalpindi, the hostel facility is large enough to accommodate all the boarders enrolled in the college. The admission criteria are based on number of seats available on open merit. The programs are offered in morning and evening shifts for business studies and Masters students. Morning shifts are available exclusively for or pre-engineering and pre-medical students. Hafiz e Quran candidates are given the privilege of 20 additional marks from the total marks. Dr. Eatazaz Ahmad Scholarship sums up to 24,000 rupees per year for second position holder in economic studies. The scholarship is given to eight students on merit every year.
Apply for Gordon College Rawalpindi: