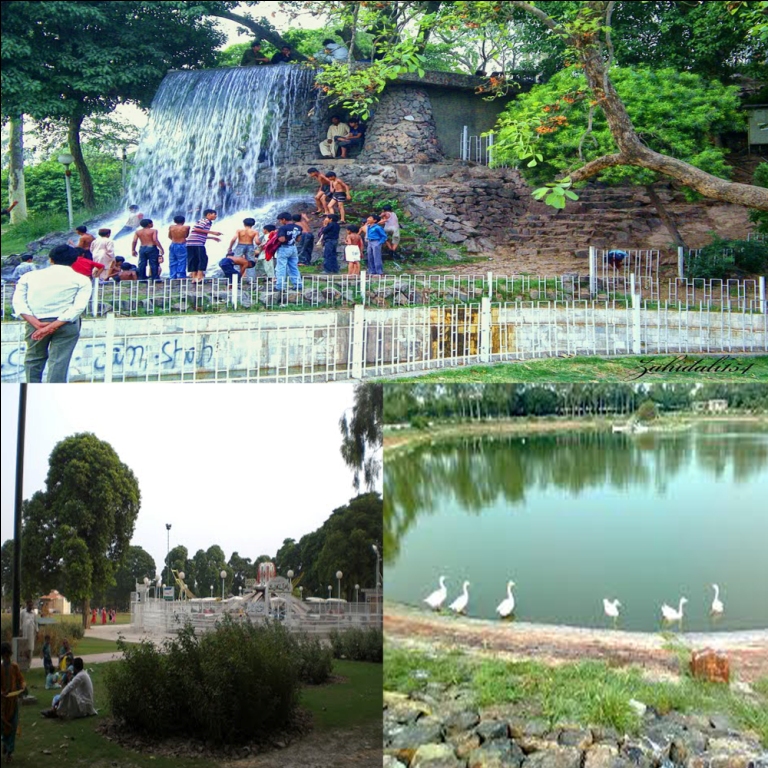 The Gulshan-e-Iqbal Park is a huge park and entertaining place in Lahore, Pakistan. It covers an area of over 65 acres (270,000 m2), it is one of the largest park in the city. It is located in the suburban area of Alama Iqbal town. The words Gulshan-e-Iqbal park Lahore is accurately translated as “the garden of Iqbal”, referring to Iqbal, the greatest hero of Pakistan. Several rides are available for kids like bumper cars and also swings making it more enjoyable site to visit with families. It is also featured as mini zoo.

This park has faced some serious security issues recently. The park is renounced by the confined council. New playing areas and rides have been introduced  to make this place more enjoyable for the kids. This park is very good place but like every other place in Pakistan, it has faced some serious damages too. People have made several complaints about maintenance and management of the Park to city supervision. Wall of Tolerance in Gulshan-e-Iqbal Park

On 27 March 2016,a tragic bomb blast attack was occurred in Gulshan-e-Iqbal Park. Explosion occurred in the parking area, at some distance from children’s swing. It killed almost 72  people in the park and around 300 people were injured during the attack.

Regarding this event, a young artist has post wall of tolerance in Park to give tribute to the people who died during this attack.Taliban’s group Jamat-ul-harar has claimed responsibility of this attack. It was Roughly described as no more extremism in the country. There aim towards this event was to remove violence from the country. In 70 people, who were killed during the attack was mostly women and children. These innocent people were simply enjoy beautiful but last day of their lives.