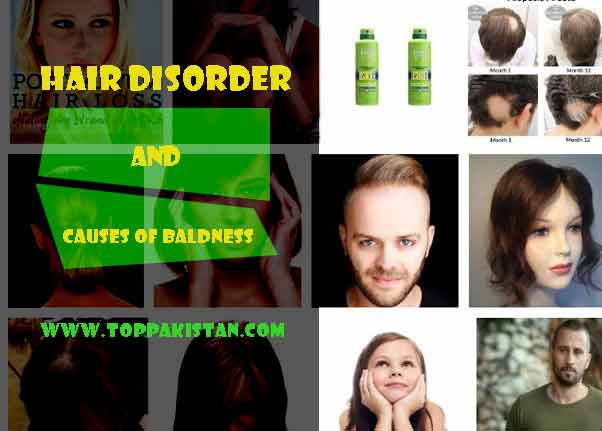 It would be a very grave & tense scenario for an individual to know that he/she is suffering from some kind of hair disorder. There are many forms of hair disorders, namely – hair loss, excessive hairiness, dandruff, ingrown beard hair. Hair shedding which is another common cause of hair loss, may lead to balding in patches if not controlled at an early stage. Other problems like loss or thinning of hair also known as Alopecia & hair shaft disorders also haunt the human spirit.

Hair comprises of a living part known as follicle, situated below the scalp. The density of hair depends on the size of a follicle on which it is growing. Inside this follicle, there are new hair cells which are situated at the root of the hair shaft. As the cells form themselves to their fullest, they push the older cells out of the follicle. When these older cells completely come out, they die. And that’s how we dead cells on top of the scalp. These dead cells are referred to as ‘hair’. Hair on the scalp grows about .3-.4 mm/day or about 6 inches per year. There are two stages in the process of hair growth. First one being the growth stage & the second one is the rest stage. In the first stage, the hair continues to grow & in the latter stage, it stops temporarily. Extreme hair loss can take place if the hair growth stages are disrupted.

This is the worst case of hair disorder. One of the major causes for baldness (scientific name is alopecia) which scientists have credited to, is the mixture of genetics & hormones. Certain hormones present in some of us affect the hair follicles over a large period of time, thereby, causing baldness. A form of testosterone known as dihydrotestosterone, is actually responsible to hasten the process of a receding hairline. There could be many reasons for a continuous hair fall, such as, dandruff, improper hair care, being out in the sun for a long time. Stress on its own can cause damage to your hair. It is scientifically proven that some chemicals are produced within the body when under stress. It can hamper hair growth resulting in baldness. Some other factors which can temporarily or even permanently cause hair loss are nutrition, age and hormones. Others which contribute to the mentioned cause are certain medications, chemotherapy & high doses of vitamin A.

Scalp disorder needs to be kept at bay, whichever it may be. If the scalp of the head is healthy it will surely reflect on the hair above. Scalp disorder has many forms, some of them are Tinea capitis (a fungal infection) also known as ringworm of the scalp, Head-lice, etc. One of the most common scalp disorder, which if not treated early can also result in hair loss, is called Seborrheic Dermatitis. This disorder is also known as dandruff, eczema or cradle cap. Some parts of the scalp may have turned oily or there might be white flakes which fall off from the scalp. Symptoms of itching & the scalp turning red are also noted. A medicated shampoo should be applied. Incase the problem persist, one should seek professional help from a skin specialist. Another form of scalp disorder is Psoriasis which is a common, chronic, recurring & an inflammatory skin disease. New cells move to the outermost layer over a certain period. But with Psoriasis, that period is reduced drastically, due to which the cells build up quickly and forms a powdery silvery scales & dry patches which are itchy & sometimes painful as well. Treatment starts initially with creams which are able to reduce the scales & also smoothen the skin. Also, phototherapy is recommended at this stage. If the problems get worst, then a doctor can prescribe alternative medications depending upon the severity of the disorder & also keeping in mind how the patient reacts to the initial stages of the medications.

In brief, hair does not cause any trouble, provided, proper care is being taken. Some problems are not so serious and occur because of rainy seasons or other climatic conditions, however, few problems may persist for a longer time.