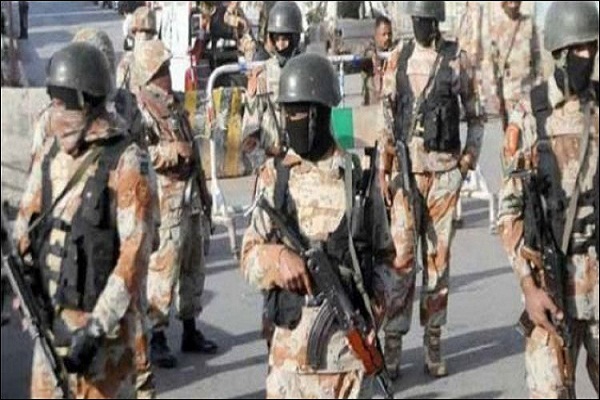 KARACHI: Sindh Rangers on Tuesday arrested eleven suspects including allegedly belonging to the Muttahida Qaumi Movement-London (MQM-L) throughout raids in one of a kind areas of Karachi

The spokesperson of the paramilitary pressure said two MQM-L people had been nabbed from Frere Road region. He said the captured suspects have been worried in several incidents of robberies.

The Rangers spokesperson stated the relaxation of the suspects have been arrested from Garden, Napier, Meethadar and Kharadar areas. He said they have been worried in extraordinary crimes inclusive of robberies and avenue crimes.

“Weapons and looted treasured goods were recovered from their ownership,” the spokesperson of Rangers stated.

On May 4, Sindh Rangers had apprehended five suspects during raids in one of a kind regions of Karachi.

The Rangers spokesman had said guns and looted treasured objects had been recovered from their possession.

He had stated raids have been completed in Chakiwara, Baldia Town, Model Colony and Mubeena Town.

On May 1, Sindh Rangers had arrested 8 suspects concerned in extraordinary crimes from distinct regions of Karachi.

The spokesperson of paramilitary pressure had stated a suspect worried in goal killing and extortion become arrested from Nabi Bukhsh vicinity.

While, seven avenue criminals have been arrested from Madina Colony, Darakhshan and Sohrab Goth, he had said.