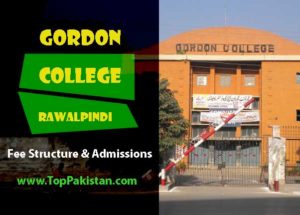 Gordon College Rawalpindi is one of the oldest intermediate and higher educational institute of the subcontinent. Its foundations were laid back in 1856 when it became a new branch if Christian School in Rawalpindi. At the time of its commencement, the population of Rawalpindi was only sixteen thousand, it was a private institution back then. Later, […]