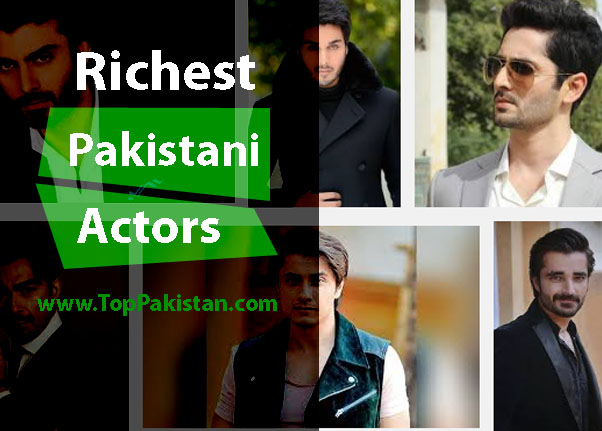 In recent times, actors are very famous and popular all over the world. They get the name and fame in a very early age of life,. In Pakistan most people are like to follow their celebrities and rock stars. Here is the list of the most popular and richest actors of Pakistan.

Mahira Khan is one of the most desired and Leading actress of Pakistan, her fans not only desire to watch her dramas but also love her due to his good acting. She is earning a $100,000 income per year.

Rahat Fateh Ali Khan is one of the most popular singer in Pakistan, his net worth is 25 million USD.

He is one of the beautiful and most famous names of the Pakistani film industry. He is one of the crucial assets and talented of Pakistan. He is a very good actor. His songs are not only here in Pakistan, but also in others part of the world.

He is one of the most desired and Leading singer of Pakistan. He is very famous due to sweat songs which are sung by him. He is collecting a $80,000 per year through his sweets songs.

Mehwish Hayat is Pakistan’s leading actress and also the part of the showbiz industry. She is earning $40,000 in a year through several commercials and dramas.

She has a very well known name not only in Pakistan, India as well. Her demand is increasing, Since she has started to work in Indian movies, and it is true that her per year income is around $25,000.

He is one of the most talented and very famous actors of Pakistan’s showbiz industry. Shan Shahid is earning $50,000 in the whole year.

Mahnoor Baloch is a famous name in showbiz industry and she is the evergreen actress. It is true that she becomes more beautiful on a daily basis. She is the young and charming lady. She is earning an almost $100,000 per year.

Fawad Khan is the big name in Pakistani actors. He has got destiny in a very small period of time due to his great work. He has a number of fans in both Pakistan and India. Fawad Khan is earning about $150, 000 per year through dramas, commercials and movies.