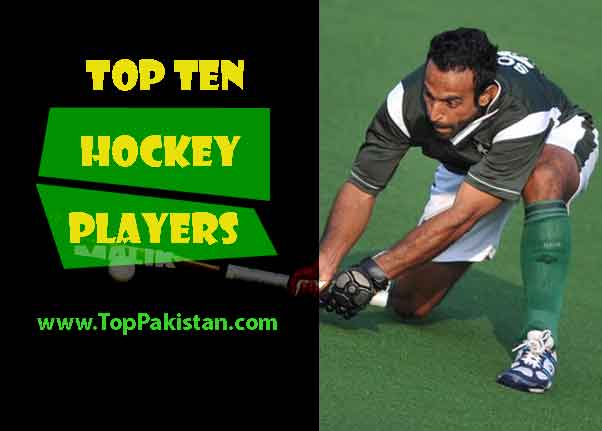 Success doesn’t come to you, you go to it. I think you guessed what I am going to tell you. As you know Pakistan is fond of hockey because field hockey is the national game of Pakistan, there are many hockey players we will discuss top ten hockey player in Pakistan. Fortunately, Pakistan is blessed with such a great player which is listed in the top ten. Among the team sports it is quite clear that hockey is our national game. It has a number of fans in Pakistan. I just know that Pakistan won the Olympic gold medal in 1960, 1968 and 1984 and have also won 4 or 5 world championships which is still a record, but never really knew who the greatest player of each era was. I think you guys have no idea about it, but you also want to know about those players who get the remarkable achievement and make Pakistan proud. So a hockey fan now the wait is over. The list of top ten in Pakistan is very big, but will talk about hockey players below.

Abdul Haseem Khan is a field hockey player from Pakistan and includes in top ten hockey player In Pakistan. The khan was part of the gold-medal-winning Pakistan team at the recently concluded 16th Asian Games in China and the honor by SSUET is timely recognition for a promising forward who has already become an integral part of the national team.

Imran Butt is one of the most popular name  in the Pakistani hockey field. He plays as goalkeeper. He is also in the list of top ten hockey player In Pakistan.

Fareed Ahmed is a field hockey player from Pakistan. Ahmed was considered as a team member of the 2012 Olympic Games in London, UK.

Shah Imran shah is one of the most popular players in hockey history. He plays as a goalkeeper. He has the ability to stop other team from doing goal.

Syed Kashif Shah is a field hockey player from Pakistan. He has got popularity in hockey very soon.

Muhammad Imran is one of the top players of hockey in Pakistan. He is one the most favorite player of the Pakistani people

He  is one the great Pakistani hockey star.  He  was a member of Pakistani team in the 2010, When a common wealth game has played in India. Irfan was suspended for three consecutive games in 2010 due to pushing a South African player.

He is  known as Muhammad Rizwan Jr., .  he is one of the great hockey player in Pakistan hockey history. He is still leading the team in a very well manner.

Muhammad Rizwan, known as Muhammad Rizwan Sr. He has an ability to push the ball in the goal and he can easily dog the player in the game.

Muhammad Tousiq is a one of the greatest hockey player. He has a number of supporters in Pakistan

I hope that all the fans will be glad to know about their best players and want to share it as well.