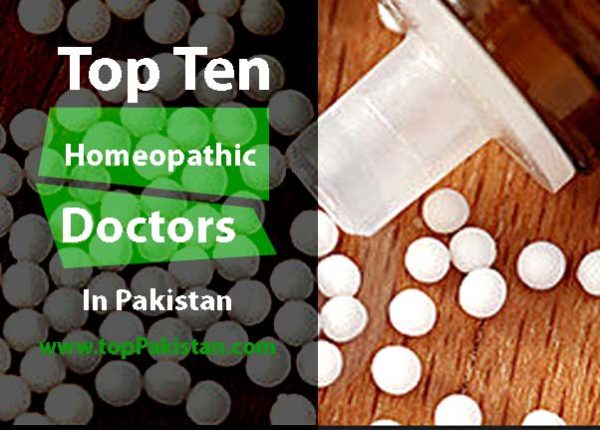 Homeopathy is a field in which the remedy against disease that causes because of healthiness or sickness of a person is alternate of medicines being created in 1796.

He has the degree of M.A DHMS, RHMP, ENT and Chest Specialist. He works in Rehan Clinic in Quetta and he is probably on duty between 8Am to 9Pm.

He is highly qualified doctor in the degree of Specialist in Rheumatoid and Pain diseases and he works in Asif Computerized Homeo in Lahore. And he works for 5 hours.

Dr. Zamin Saeed is a specialist of Ridionics (Blood drop symptoms of a body). He has been working in Korangi, Karachi and he is on duty for 5 Hours.

He has the degree in PhD in Homeopathy, and he is the Dean in Karachi University. He has also his clinic in Lahore as well as in Karachi and works 2 days in a week from 10Am to 6Pm.

He is the Homeopath doctor over the world. He is a Gold Medalist in field of Ridionics of Computer Treatments. Also specialist in DHMS and BHMS. He has its own clinic in Islamabad named as HanifHomeo Clinic in VIP Plaza I-8 Markaz, Islamabad and he is available between 1Pm to 9Pm.

The only homeopath working in Pakistan’s first registered Imran’s Clinic been introduced nationally and internationally. He is specialist as Sexologist, and he is some of the qualified homeopath in the country. He is working in Islamabad in his own clinic and is available on his working hours. His clinic is situated in Suit-2 First floor VIP Square I-8 Markaz, Islamabad.

He is highly qualified and he has been treating Ulcer disease after completing his work experience and he is specialist in Stomachs Ulcer disease been dilating by him for 7 years in the service of Pakistan. And he is working in his own clinic in Lahore, Defence Road, and Walton Plaza near Lahore Cantonment.

The association of Homeopathic doctors in Pakistan included this person in his association. He is specialist in many diseases like Pimples, Skin cancer, Blood drop, Tumor and Dialeses. He is working in Sahihomeo clinic in Gujranwala near Hafizabad Road, Tanki Stop.

She is professor as well as homeopathic surgeon in Pakistan. She has the degree of DHMS, M.D hom, M.D acu. She is Palmist, Astrologist, Homeopath, Iridologist, Acupuncturist and she has a major in these fields. She is working in Rooh Clinic in Multan near MuhallaKashigaran. Email: roohclinic@hotmail.com

11- Dr. Qamar Mahmood (Professional Homoeopath)
Homeopathic (Late) Dr. Aijaz Ahmed’s second son, Dr. Qamar Mahmood (born 1971) had his early education in Karachi. After acquiring his D.H.M.S and M.D (Alternative Medicine), he took in charge of Mansoora Homoeo Clinic (Karachi) in 1994 along with his elder brother following the demise of their father in 1990. He also acquired M.Sc in Microbiology. In 2003, he moved to England to pursue his education, acquiring a B.Sc (Hons) in Homeopathy from the University of Central Lancashire (UK) in 2005 along with the accreditation from Royal Society of Health (UK) and Society of Homeopath (UK). Currently, he resides in Australia for further research in homeopathy and heads the research department at Mansoora Homoeo Pharma. He has also started and developed Imrooz Institute of Homeopathy (Karachi) with a modern approach and standards. IIH also affiliated with Central Lancashire University (UK) for Courses in homeopathy.

Almost, Every Homeopath has the Degree of DHMS and BHMS but some of them are more qualified than the others because of their other specialties. And every one of them has a minimum experience of 5 years. Unlike, they are more qualified and talented in their work.