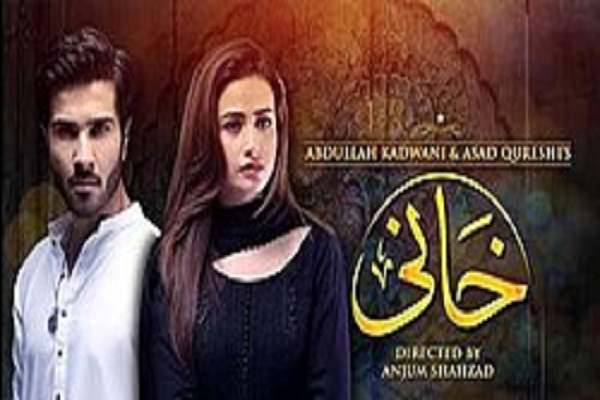 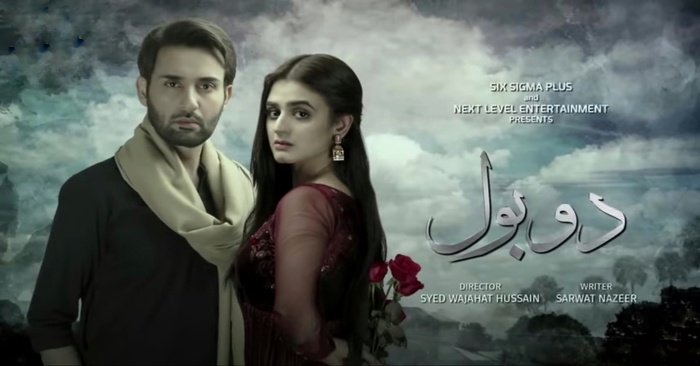 Do Bol (lit. Two Words) is a 2019 Pakistani romantic drama television series that premiered on March 5, 2019 on ARY Digital. It is directed by Syed Wajahat Hussain and written by Sarwat Nazir. Produced by Humayun Saeed and Shahzad Nasib under Six Sigma Plus in collaboration with Next Level Entertainment, it stars Hira Mani and Affan Waheed.

Khuda Aur Muhabbat is also one of the hit Pakistani drama serials, Inspired from the novel of same name. It revolves around the love story of Hammad (Imran Abbas Naqvi) and Imaan (Sadia Khan) who belongs to strict religious family. It was telecasted on Geo Tv channel from 17 February 2011 to May 2016. It became popular and one of the most watched drama serials of Geo TV just after airing few episodes. Emotional acting of Imran Abbas and Sadia  Khan was also the reason behind its success and popularity.

Suno Chanda 2 is a 2019 Pakistani romantic comedy series directed by Ahson Talish and produced by Momina Duraid under their production banner MD Productions. It is a sequel to the 2018 series Suno Chanda. It is written by Saima Akram Chaudhry. In this sequel, Farhan Saeed and Iqra Aziz reprise their roles as Arsal and Ajiya respectively. The first episode of the series was aired on Hum TV on 7 May 2019.

Mohabbat Tumse Nafrat Hai is a Pakistani romantic drama serial aired on GEO TV.Written by Khalil-ur-Rehman Qamar. It is new drama produced by 7th Sky Entertainment and directed by Farooq Rind. It stars Ayeza Khan, Imran Abbas and Shehzad Sheikh in the leading role. The show premiered on 8 April 2017 on Geo TV.

Koi Chand Rakh (lit: Set The Moon) was a Pakistani television drama serial premiered on July 19, 2018 on ARY Digital.The Series ended its run on February 14, 2019.  It is written by Maha Malik and directed by Siraj-ul-Haque. It is created by Abdullah Seja of Idream Entertainment. It stars Ayeza Khan, Imran Abbas, Areeba Habib and Muneeb Butt in lead. 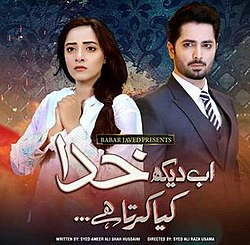 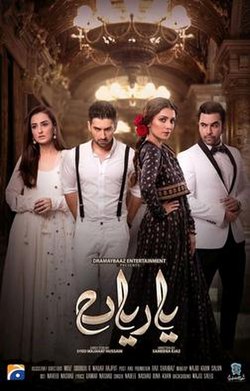