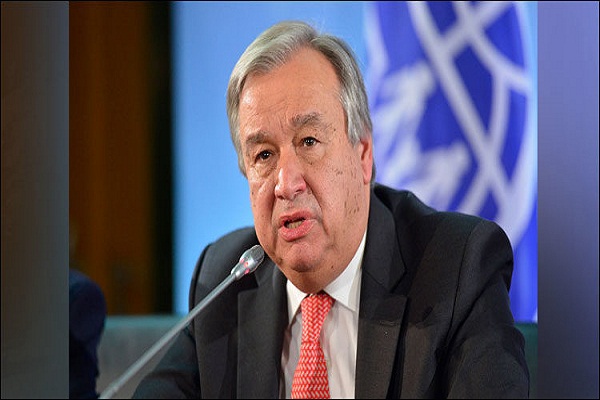 NEW YORK: United Nations Secretary General Antonio Guterres has strongly condemned the day before today’s assault in Quetta that killed at the least 20 humans, together with safety personnel and youngsters.

According to a UN spokesman, Guterres changed into taken aback and he strongly condemned this cowardly act and prolonged his condolences to the households of the victims and to the government and those of Pakistan.

The United Nations expressed its completely solidarity with the government of Pakistan in its fight in opposition to terrorism and violent extremism, he delivered.
At least 20 people, security employees and kids among them, were killed and 48 others wounded in a suicide assault at the Hazarganji fruit and vegetable marketplace in Quetta on Friday morning.

The deceased protected eight participants of the Hazara community and soldier of the paramilitary Frontier Corps (FC).

Balochistan Home Minister Zia Langove stated the vegetable companies belonging to the ethnic Haraza network had been the target. “A suicide bomber detonated his explosive laded vest inside the vegetable marker,” he stated.

Smoke cloaked the market as frame components littered the scene after the blast.

A heavy contingent of law enforcement organizations rushed to the scene and shifted the our bodies to Civil Hospital and Bolan Medical Complex.