Pakistan is a country with rich cultural heritage. It has a large number of historic places worth visiting. Historic and beautiful places in Pakistan are many and as such these places are have great tourist attraction. Each province of the country is blessed with renowned ancient archeological sites and architectural masterpieces. Visiting such sites gives one the knowledge of the rich history of this place. Not only local population visits these places, many foreigners also come and appreciate the beauty and grandeur of these places. Some of the famous locations include Mazar-e-Quaid, Minar-e-Pakistan, Faisal Mosque, Archeological sites of Taxila, Harappa, Mohenjo-daro and Takht Bhai, Badshahi Mosque, Shalimar Gardens, Lahore Fort, Frere Hall, Mohatta Palace, Wazir Khan Mosque, Lok Virsa Museum, Jahangir’s Tomb, Masjid-e-Tooba, Baltit Fort, Chaukhandi Tombs, Ranikot Fort, Chauburji, Data Darbar, Lahore Museum, Noor Mahal, Taxila Museum, Khyber Pass and Multan Fort.

Historic places in Pakistan are :- 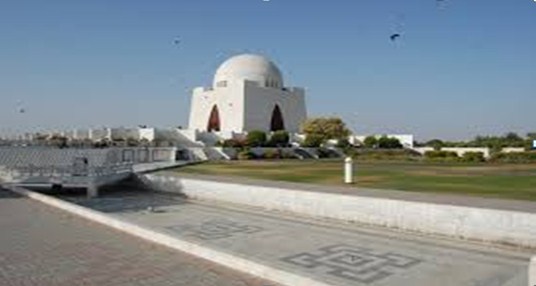 Mazar-e-Quaid or Jinnah Mausoleum was constructed in 1960 in Karachi, in remembrance of the Pakistani nation’s Quaid, M. A. Jinnah. The grave of the Quaid lies here. Along with Jinnah, it is also the last resting place of Fatima Jinnah (Quaid’s sister) and the 1st Prime Minister of Pakistan, Liaquat Ali Khan. Many people come here to offer Fateha and pray for the leaders’ forgiveness in the hereafter world. The tomb is an icon of architectural grandeur and a great tourist attraction. The lit-up tomb at night presents a very beautiful scene. Many official ceremonies take place here on national occasions. The square base of the mausoleum is 75 sq. m., built on a platform of 4 m height. Height of the mausoleum is 43 m. White marble has been used in the construction. The mausoleum has 4 entrances. The building stands in a park of 53 hectares size. The mausoleum was built and architected by Yahya Merchant. Approximately 10,000 visitors see this place daily. Minar-e-Pakistan 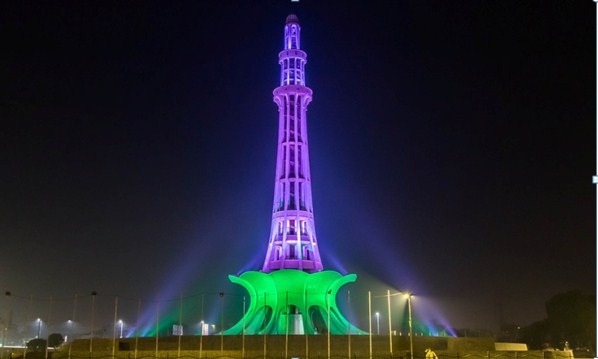 Minar-e-Pakistan is located in Iqbal Park, Lahore. It was constructed on 31st October 1968. The construction took eight years. The monument was created to mark Pakistan Day. The Minaret is an instance of art and craft. The height of the tower is approximately 70 m with 8 m high base. On the lower side, the tower is built like the petals of a flower and the petals raise about 9 m from base. The base of the tower has 4 platforms made of stones of Taxila used uncut, hammer-shaped stones, chiseled stones and polished marble of white colour. The designer of the tower was Nasreddin Murat Khan, a Russian architect. Relevant :- Museums in Pakistan Faisal Mosque 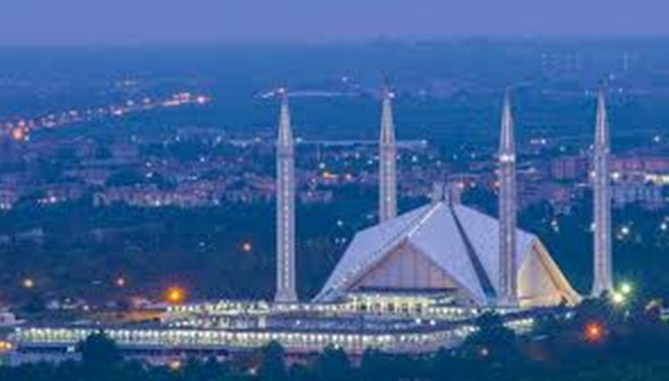 Another historic place and a masterpiece of architecture is Faisal Mosque in federal capital of Pakistan, Islamabad. Its construction was completed in 1986. It design was given by Vedat Delokay, an architect from Turkey. It is located at the northern part of Islamabad at the base of Margalla Hills. The mosque is located at an elevated piece of land and hence can be visualized even from a far off distance. The financier of the mosque’s construction was late King Faisal Bin Abdul Aziz and hence the mosque has been named after him. It has a triangular shaped prayer hall and four minarets. The idea of the shape is based on an Arab Bedouin’s tent. The mosque has the covered area of 5000 sq. m. It can accommodate 274,000 worshippers in its entire area. Pakistan Monument

Pakistan Monument lies in Islamabad and was inaugurated on March 23rd, 2007. It signifies Pakistan entirety in terms of its four provinces and 3 autonomous territories. It is of the shape of a blooming flower with 4 bigger petals and 3 smaller petals. The four big petals represent Pakistan’s four provinces. The three smaller petals represent the territories namely Azad Kashmir, FATA and Gilgit Baltistan. The monument is very elegantly built. Its aerial view represents a crescent with a star. The monument signifies Pakistan’s solidarity with a flavor of its culture and rich civilization. The architectural design was of Arif Masood. The petals like structures are built of granite with mural paintings on the inner sides. The base platform is a 5-pointed star. The area of the monument is 2.8 hectares. Khyber Pass

Khyber Pass is a road communication pass in the mountains of Spin Ghar. It passes through the northeastern part of the Spin Ghar mountains and connects Pakistan to Afghanistan. The entrance of the Khyber Pass is called Bab-e-Khyber which is a historic monument located in FATA. On the right side of Bab-e-Khyber lies Jamrud Fort. The Khyber Pass forms a vital part of the Silk Road. Historically, the pass remained an integral route of trade between South Asia and Central Asia. The invasions of Genghis Khan and Alexander the Great were through this pass. The area of Khyber Pass is associated with imitative industry of arms and weapons locally made in the forges of blacksmiths. There are a wide range of Chukar partridge prenst in the hilly areas of Pakistan like KPK, Chukar partridge is also a national bird of Pakistan. 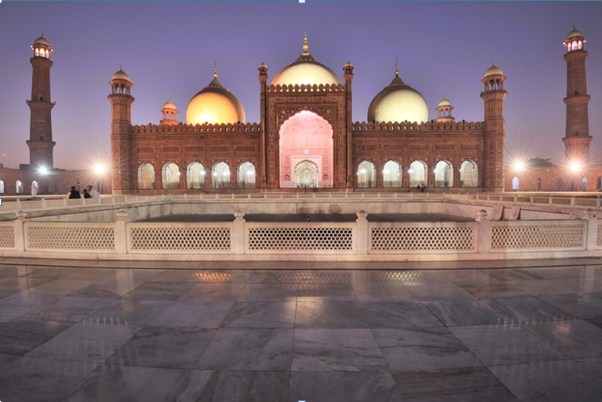 Badshahi Mosque is a great historic place of splendor and magnificence. It is situated in the Walled City part of Lahore, in front of the Almagiri Gate of The Royal Fort of Lahore. It was constructed in the year 1673 by Aurangzeb Alamgir, the Mughal Emperor. It is one the major tourist attractions of Lahore. The minarets of the mosque are 196 feet high. The mosque is built on a 22 steps high platform. The prayer hall of the mosque can contain 10,000 worshipers and the courtyard of the mosque can accommodate 100,000 worshippers. The grandeur of the mosque is worth seeing for tourists and visitors. Besides these, there are many other great and historically important sites in Pakistan like Mohenjo daro and Rohtas Fort and many others, all of which cannot be mentioned here. There are many Government bodies of Pakistan which are taking well care of these historical places.